region gets set to recognize and celebrate our growing craft beer culture.

The events show the collaboration, education, and dedication among the members of this community. Patrons will get to sample our area’s finest beers and learn from local beer makers about their evolving craft, which dates back to 3000 BC where we find the first written mention of the beverage in the Sumerians’ famous poems to Ninkasi, the goddess of brewing.

Craft beer’s market share of total beer sales has grown substantially, despite the overall beer market being flat. Craft brewers reported a 13 percent increase in volume in 2015, the eighth consecutive year of double-digit growth as American beer drinkers continued to be lured by fuller-flavored ales. With 4,269 breweries – more than ever before – the craft beer industry now represents 12 percent of the total beer market, according to the Brewers Association. Northern Nevada is riding the nationwide trend as 15 craft breweries call the region home and store sales of craft beer in Reno approach 20 percent, according to the Nevada Craft Brewers Association.

Reno Craft Beer Week events have been posted on www.renocraftbeerweek.com. It is an eclectic feast: home brews, visiting craft beers from all over the country, strange brews from closer to home, beer and bites, local chefs matching their beer creations with their food insights, a sour-fest beer tasting, beer cocktail demonstrations, beer brunches, a beer crawl at a ballpark and beer festivals that benefit good causes.

A schedule of events will also be published in the May 11 Reno News and Review and events will be regularly featured on the Reno Craft Beer Week Facebook page. 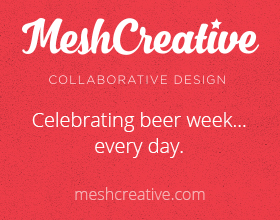